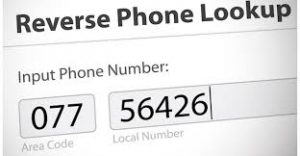 Cell phone users can find many reasons to use an iPhone reverse cell phone lookup app. Unknown numbers top the list. People want to know if the person calling is a neighbor, friend, their child’s school, or a telemarketer. Using a reverse lookup app can tell you the person’s name and address, allowing you to decide whether to answer the phone, let it go to voicemail or block it when the call arrives.

These are a few reasons to use a reverse phone number lookup app:

Although there are many online services that allow you to lookup landline and business phone numbers, mobile phone numbers can be trickier and are almost never free. Why? Most cell phone users choose not to have their numbers published. Many are private and want to stay that way. Individual phone companies issue phone numbers rather than interlocking phone systems which issue landline numbers, so tracing them becomes more difficult.

Statistics show that there were more than 225 million cell phones in use in the U.S. in 2018. Compiling a directory for all those numbers – many of which change frequently – would be nearly impossible or outdated as soon as it was published. Additionally, the use of VoIP phone numbers has exploded over the past couple of years.

Google allows you to enter cell phone numbers, but you will be routed to another service that requires a fee or membership in their service. The fees can be a one-time fee or a monthly or yearly membership. Some websites will offer free results.

Cell phone directories have been a hot topic over the past decade. In 2008, Intelius announced the publication of a cell phone directory containing 90 million phone numbers. The response was not positive. Intelius faced consumer complaints claiming an invasion of privacy in addition to the threat of a lawsuit by a wireless phone company. As a result, Intelius discontinued the service. Therefore, a true cell phone directory with all cell phone listings won’t be created anytime soon, if ever.